Weird and wonderful space Wiki
Register
Don't have an account?
Sign In
Advertisement
in: Moon/Luna, Earth, Female,
and 5 more

Earth
Moon (Or Luna by Earth) is a natural satellite of Earth . Moon was thought to form 4.51 billion years ago when a Mars sized object called Theia collided with Earth which formed rings which formed Moon .

Moon likes to shine bright for the people on Earth and she does a very good job at it . Although she technically doesn't shine since light is reflected from Sun but she still takes pride in her "brightness".

Moon's 2nd debut was more cartoony and brighter . Her 3rd debut was much more cleaner as it had a shadow , outline and better asset quality.

Here 5th and final debut is much more realistic . Her surface is more darker with added detail. 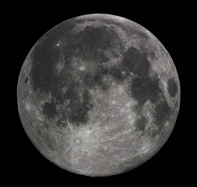 Moon is based of Earth's real life moon , literally named Moon or Luna by some. The moon is the only moon of Earth and has many surface features .

Luna's surface (The one we can see) is based off the side of the moon we see from the surface.